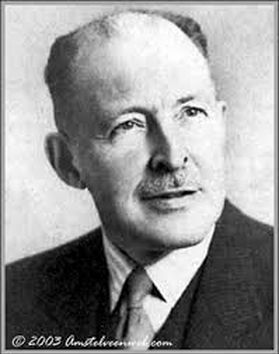 Bennes went to Paris in 1924, where he took painting lessons
at the Académie des Beaux Arts in the evenings. During the
day he worked in the studio of the sculptors Jean and Joël
Martel, where he later took charge of the studio. In 1938
Bennes went back to the Netherlands, where he settled in
Amstelveen a year later. Initially Bennes made figure
representations, in the mid-fifties his style changed;
partly under the influence of Zen Buddhism his work became
more abstract. In 1948, Bennes founded the Amsteltoneel
in his home town. He wrote some tragedies and provided
decor designs. He was founder of the artist groups Oekwa
and Europe in 1961, both groups consisted of artists with
spiritualistic ideas that distanced themselves from regular
art because of the ‘nihilistic character and superficiality’.