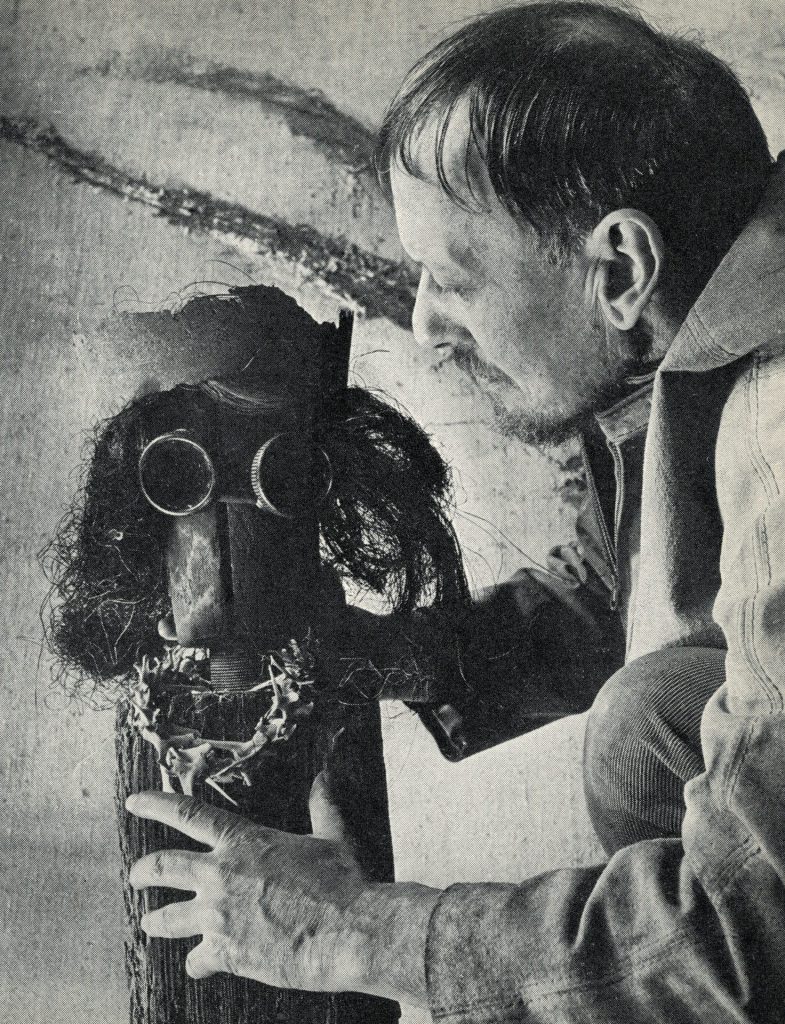 1913  Amsterdam
1967, Amsterdam
‘Wim de Haan was born as Willem Jacobus de Haan in Amsterdam on the 14th of June, 1913. He was active as a painter and as an assemblage artist. De Haan grew up in Haarlem. In 1937 he was sent to Indonesia by the company that he worked for, where he worked as a stevedore and insurer until 1942. In addition to that he was also an actor. He is fascinated by the eastern mentality and takes in a lot of this culture. In 1942 he becomes a Japanese prisoner of war and is forced to work on the Burma Railway. He barely survives this camp and returns in 1946 to the Netherlands. For several years he studies philosophy, psychology and social sciences, he briefly was the manager of an orphanage and he draws and writes poems. In 1951 he published “Freedom in captivity,” a thesis on group phenomena in Japanese prisoner of war camps. In 1953 he decided to fully devote himself to drawing and painting. As an artist he was self-taught. In the beginning his first paintings and drawings exhibited an elaboration of themes and motifs that initially display a strong evidence to pre-war surrealism, soon after his works went into an abstract expressionist direction, in which a clear distinction can be made in his drawings and paintings. His drawings are ruled by expressive line structures, which more or less allow insightful signs tob e recognized. With continuance he keeps researching the possibilities of pen, brush, ink and paper. His unbound utilization of lines are characterized by his drawing style. The lyrical abstract paintings that arise from this process are characterized by abstract signs and unclear confined colored spots. Later on he began to mix ash, sand and other materials in his paints. At that point his painting artistry ran parallel for some time to that of his Dutch friend Jaap Wagemaker (1906-1972). Both are members of the ‘Liga Nieuw Beelden’ (League New Images). Constantly looking for new opportunities, De Haan decides to take a different path in 1957. The two-dimensional plane is broken up by his use of cut-outs, protruding and recessive surfaces. There are all kinds of ‘objets trouvés’ (found objects) added. Finally in 1958, a first exhibition of his work was held at the Galerie ‘t Venster in Rotterdam. As from the 60’s De Haan exhibited on a regular basis in London, but also in Cambridge, Lyon and Frankfurt. At that time he also joined the group ‘Europa’ and the group Oekwa with which he exhibits in the Netherlands, Germany and Belgium. After 1962 he creates free-standing objects, in which -even more than in his earlier works- his interest in magic and mysticism is reflected. Wim de Haan dies in 1967 in Amsterdam. In that year a memorial exhibition is held in London at the Grosvenor Gallery and about a decade later a big retrospective exhibition of his works is opened in 1975 at the Stedelijk Museum in Amsterdam’
bron: Cobra Museum
Wij gebruiken cookies