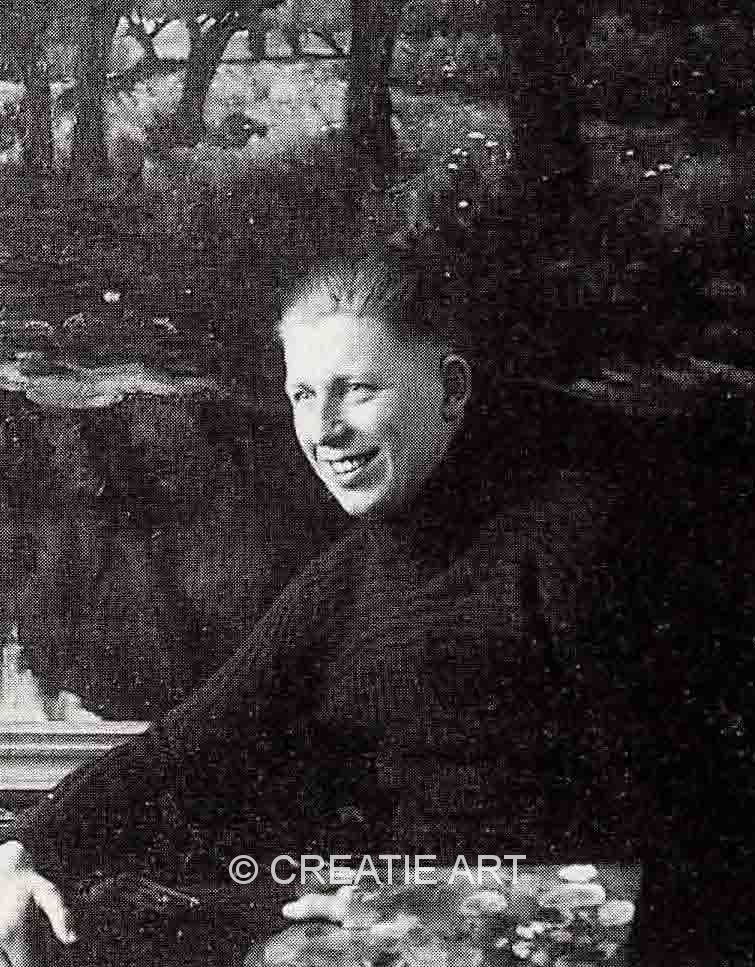 Wim Kersten was halfway through the war in hiding. This was a turning point in his career. Initially drawing and painting were his passion, but during his hiding, he learned to know Gerrit Benner and he took painting as a profession. He became a member of the post-war artists groups (‘Vrij Beelden’ en ‘Liga Nieuw Beelden’), which wanted to modernize the art. He has long played a prominent role. He was also, invited by Sandberg, a number of years curator at the Stedelijk Museum. His work is always figuratively found. Initially, cubist, surrealistic and later with a lyrical slant. The work shown here is from around 1950 and shows influences of his stay in southern France.