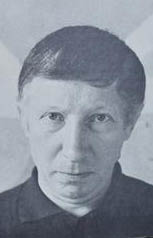 Roede played a major part in the postwar painting art in The Hague, like Jaap Nanninga, also from Groningen, and Willem Hussem and Piet Ouborg, both from The Hague. He belongs to the Nieuwe Haagse School, which developed in 1950 in The Hague, as a counterpart to CoBrA from Amsterdam. Roëde’s work very closely resembled the far more developing CoBrA-group. His work is based on fields of colour, falling into place every time in a frozen and recognizable composition based on Zen-Buddhism, a world of peace and quiet. The figuration can be identified and often plays with reality in a humourful fashion. Around 1948 he lives in Paris for a while, where he had various successful exhibitions. After it turned out the French had difficulty pronouncing his name it was that he added an accent diæresis to the first e: Roede became Roëde. He has found much inspiration in Matisse and Bonnard. Interest in the out of the ordinary experience of Roëde’s work has dramatically increased in recent years. His wrote poems and stories, he drew, illustrated, created costumes and glass objects. But first and foremost he is a painter, with many exhibitions in musea and galleries.