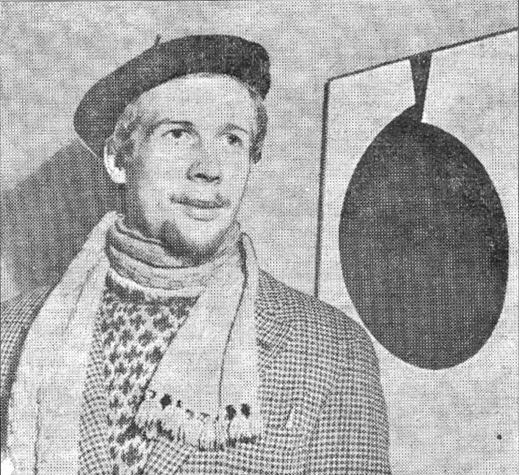 Danish painter and lithographer. He made his debut as a lithographer in 1945, at Kunstnernes Efterr Udstilling (The Artists’ Autumn Exhibition) in Copenhagen. He studied lithography in 1950 but taught himself painting.
He belongs to the second generation of Danish Constructivists, whose expression was concrete and abstract. He worked mainly in black and white, but in the 1950s also added red. In terms of subject he focused mainly on lines, circles and crosses.
He exhibited at the last exhibition of the Danish group Linien (The Line) in 1958 and in 1961 and in Copenhagen at Den Frie Udstilling (The Free Exhibition). Between 1974 and 1979 he was Rector of the painting and graphics school at the Kunstakademi, Copenhagen.
In addition he undertook many decorative commissions and wrote art books.