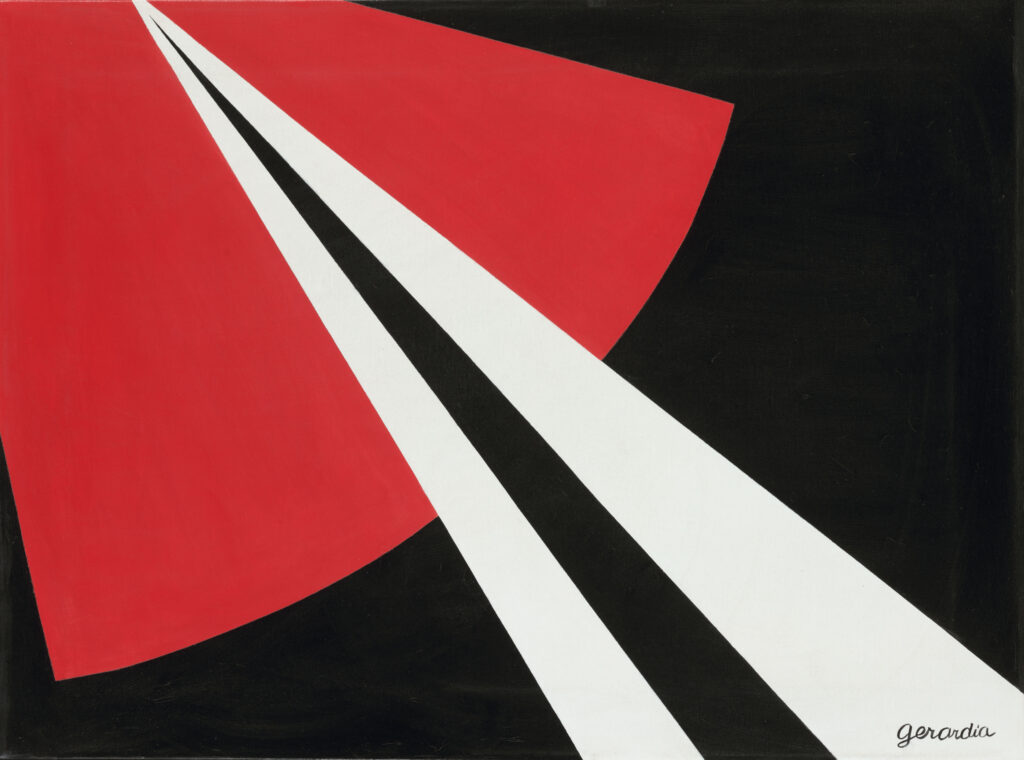 ENQUIRE ABOUT THIS WORK

signed and annotated at the back

“Ever since the first orbit, I have been fascinated by the limitlessness of outer space. This resulted in a series of space themes,” Helen Gerardia writes. And, indeed, several paintings by her hand on space-related themes manifest after 1961, the year that the Russian Yuri Gagarin became the first human to journey into outer space. A critic writes: “She creates the illusion of speed, flashing astral bodies and a feeling of the unknown.” Helen’s dream in paint becomes even more specific in Space Trip II ( HG 030) and in Flight (HG 223): She hoped to travel to these places, before Elon Musk and Jeff Bezos with their ambition to explore outer space, were even born.

ENQUIRE ABOUT THIS WORK